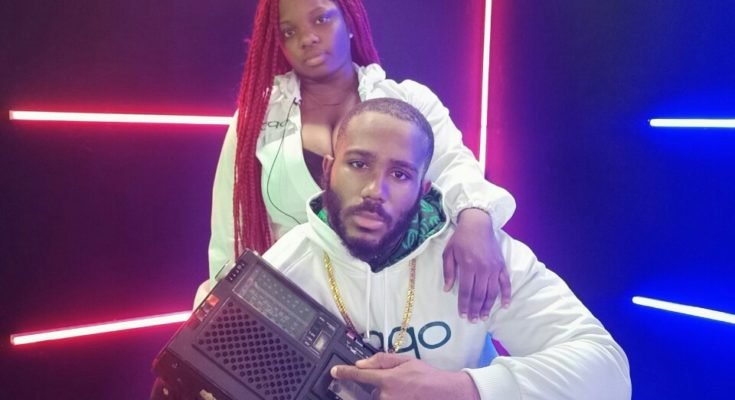 No doubt Kiddwaya has been up and doing following his position as the head of house for the week and he reveals to his house sweetheart Erica why he flirts.

Kiddwaya explained to Erica that he is a feminist and he constantly flirts with the female housemates because he loves women and wants to make sure that they are always happy. The housemate revealed further that while growing up, women influenced his views.

Meanwhile, Kiddwaya has been tagged a flirt due to his relationship with other female housemates and fans claimed this has made Erica insecure in the house.

The new head of house took a breather from navigating his daily responsibilities by taking advantage of his guest privileges with Erica amid a confusing conversation trail that saw Kiddwaya advice Erica on the qualities she should look out for in a man outside the house. 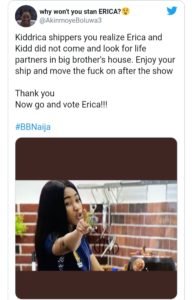 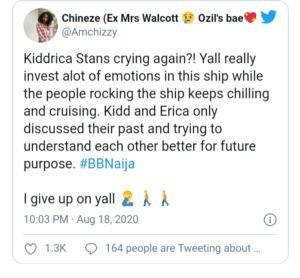 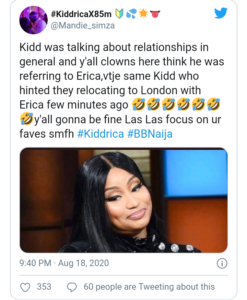