There have been a lot of happenings in the BBNaija house for the past few weeks now, from evictions to several love triangles on the house.

The most talked about relationships that evolved in the house was between talented Laycon and upcoming actress Erica.

They started out as friends but Laycon developed feelings for her but Erica doesn’t want to be part of it, she wants the relationship between them to remain cordial.

Recently, Laycon revealed to another housemate Tolani Baj that he has a girlfriend outside the house.

The two housemates were having a discussion when Laycon said something about doing a voicenote for his girlfriend outside the house. Tolani surprisingly asked again if he was serious about what he said and he replied in the affirmative. 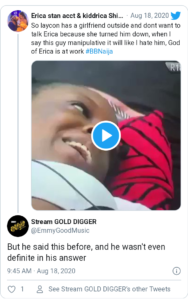 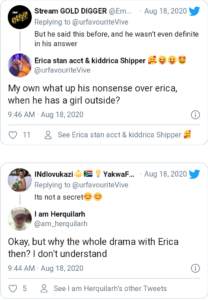 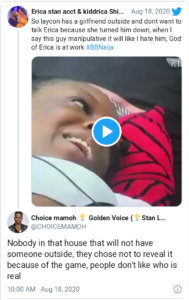