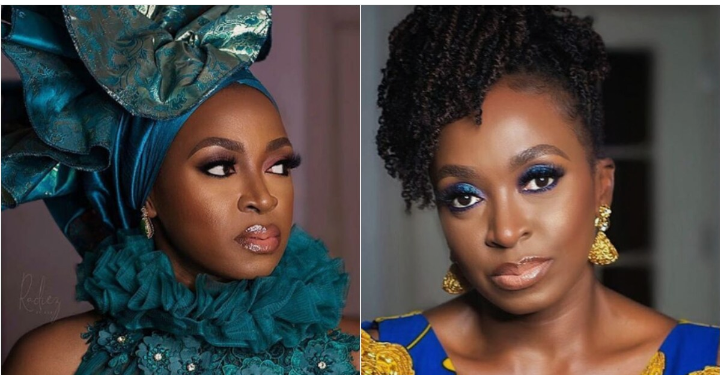 The coronavirus otherwise known as COVID-19,is a deadly disease and this is what the whole world is currently facing. The virus has led to the death of thousands of people including celebs too. Nollywood actress Kate Henshaw took to social media to share that she already took the COVID-19 test.
According to the movie star, she was already in tears as her colleague, Nse Ikpe Etim, revealed to her that it was painful. The film star added that she took two deep breaths as a swab was stuck deep inside her nose. See the tweet below: In a subsequent post, the film star reacted to claims by some people that celebs were being paid to claim the virus was real. Henshaw said that God would judge them and that if she decides to curse such people, blogs would carry her news. She concluded the post by saying Covid is real. She wrote: “Someone now commented on my IG saying” all these celebrities that have been paid to say there is Covid, God will judge you. “If I land am better curse now shay they will say Kate has started again inside blogs. “I just blocked the person and moved on. “COVID IS REAL!!” 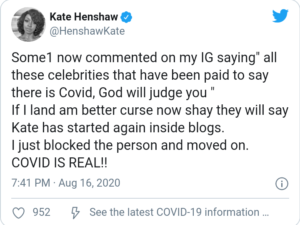 One Comment on “COVID- 19: Follower Attacks Kate Henshaw, Says Celebs Are Being Paid To Say Coronavirus Is Real”