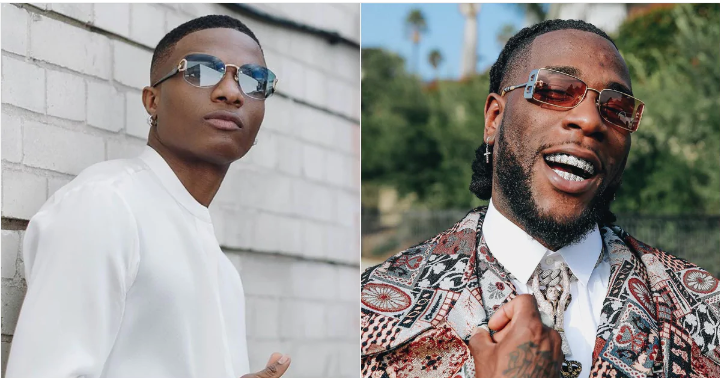 The social media has been agog over Burna Boys recently  released album Twice As Tall as many took to social media to comment on the beautiful work of art.
Music superstar Wizkid seems to have listened to the recent work of his fellow colleague because the singer took to his Instagram story to share the music cover of the album.
In the caption that accompanied the post, the Ojuelegba crooner described Burna Boy as his blood. 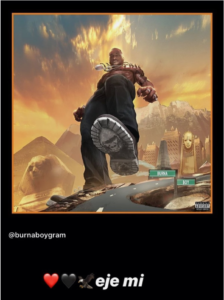 Earlier, it was reported that Burna Boy’s new album got 5 million streams in an hour after release.