He became inactive on his social media platforms a few weeks ago. In his words he said he’s been putting other people first but decided it is time to fully concentrate on himself.

Davido went ahead to unfollow everyone on his official Instagram page including his fiancee Chioma as well as his family members.

However, he was caught red-handed on Wednesday, August 12, when he quietly came on the photo-sharing app to follow a young lady who may have caught his fancy. 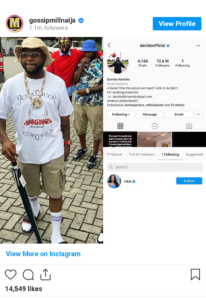 A look into the lady’s Instagram page, the Instagram bio indicates nothing about her it only reveals her beautiful photos. 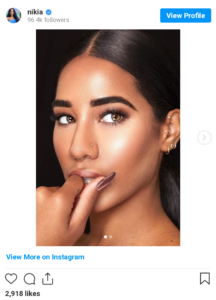 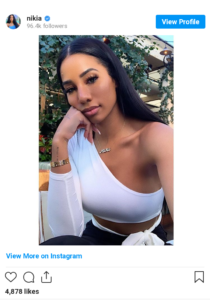 Interestingly, as soon as the singer felt that he was already caught in the act, he quickly unfollowed Nikia Nikia but the activity had been screenshotted before he unfollowed her.

His fans and followers have reacted to Davido’s actions and aired their views.

Some Nigerians, however, stormed the mystery lady’s page to make comments.

dharmiebounty: “Na you collect Davido from Chioma. The Igbo people are coming for you o.”

makaveli_olupablo: “No wonder our obo Dey follow you, see as you fine.”