While we await the announcement of Fireboy DML forthcoming album ‘Apollo’ to be released on August 20, the YBNL teases fans to a new track – ‘Tattoo’.

Fireboy recently announced on Twitter that his “Sophomore album is 8 days away” with “Tattoo” definitely one single to stand out in his expected album.

“Tattoo” is the third single from Fireboy in a row this 2020, a follow up to the recent, ‘ELI‘ and his debut; “New York City Girl“.

With “Tattoo”, we music lovers worldwide should expect nothing short of a spectacular tune especially with such fascinating lyrics:

Make i be like tattoo for your body
When you need that bamboo just call on me
Let me be beside you
Or maybe inside you
Make i put am for your body….

Listen and Enjoy below 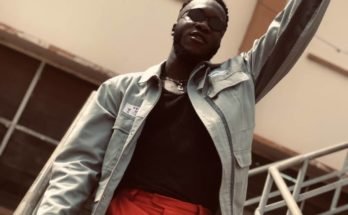 Double U unleashes his lyrical wizardry on ‘Like That’