The Big Brother Naija house witnessed an ugly incident between two female housemates, Lucy and Nengi, which saw them hurling abusive words against each other.

According to Lucy, she was soliloquizing in the rest room when Nengi approached her thinking she was the one being talked about and this escalated between the two as they began to exchange words and  shout at each other.

Efforts to calm both parties down by Vee and others proved abortive as both ladies were infuriated.

This is what fans had to say after watching both parties on live TV tear at each other. 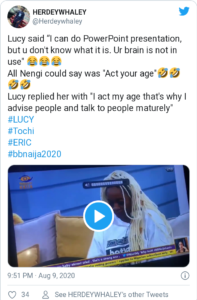 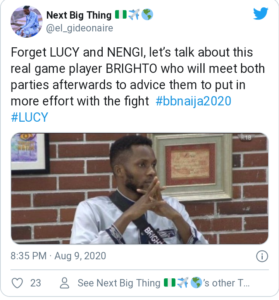 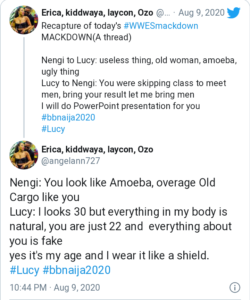 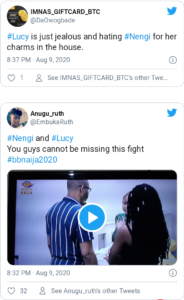 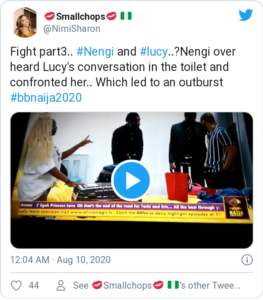 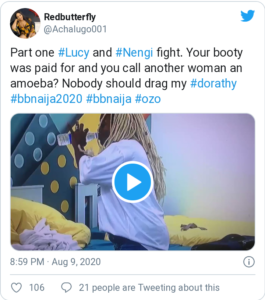 However, Lucy apologized for her sudden outburst. Her display comes as a surprise to many as the lady had been scared about being the next housemate that will be sent packing from the house. According to her, most of her fellow housemates seem to have a vendetta against her.

The house had a round table discussion to clear all matters arising in the house for the past week.