Following the article published on the official Africa Magic Website painting Kiddwaya as a bad person, Fans of the popular housemate have expressed outrage on social media hours after the organizers published an article about Kiddwaya.

In the article it read, “Day 20: Why love hates Laycon”

“Take a look at the man Erica chose to give her heart to, Kiddwaya. He has been a serial flirt and though Erica was one of his targets, she wasn’t his first choice like she was for Layon,” a portion of the article read in part.

All these happened after Erica got tipsy at the Saturday party and told Laycon to protect her from Kiddwaya so as not to take advantage of her drunken state in the house.

Fans have trolled on social media and called out the organizers and accused them of being unprofessional in their conduct.

Read what some fans tweeted below 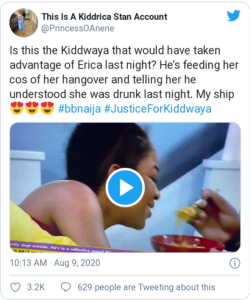 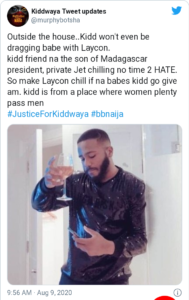 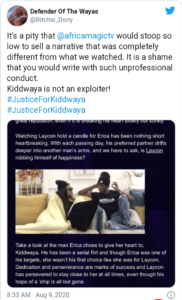 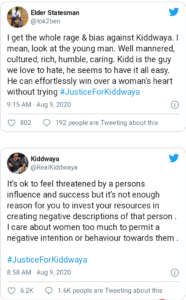