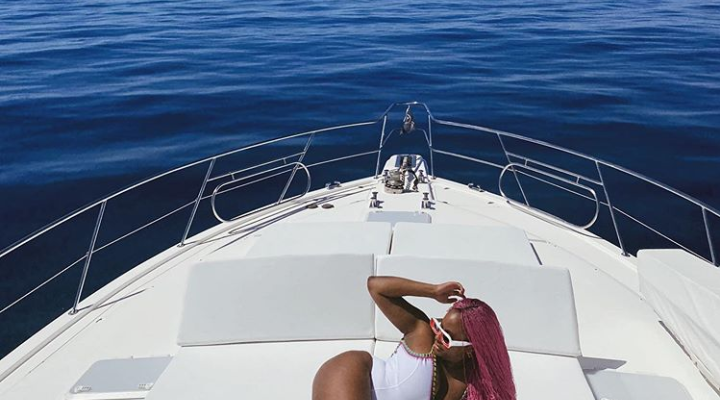 It will be recalled that some weeks back, Billionaire daughter DJ Cuppy said that she is stock in London and wants her dad to give her the keys to their apartment in Monaco so as to have some fun. 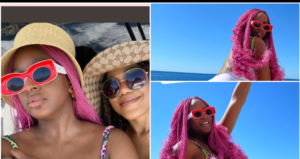 Cuppy has taken to her page on social media to show her fans andfollowers how she is enjoying the long awaited trip to Monaco alongside with close friends as she has been stuck in the city of London for about six months.

Interestingly, she has started sharing pictures from the trip on her page and they are indeed beautiful and enough to get anyone thinking as she already stated that whoever does not want to be tensioned should unfollow her page as she intends to show off how she is enjoying herself

Cuppy posted a cute photo of herself and a friend on a yacht wearing a lovely swimsuit and in her caption she wrote that the life is she currently living at the moment is not a dream but simply her current reality.

She shared more photos and videos of the trip on her instastory channel to make her followers have a feel of her trip.