While the D’banj’s alleged rape scandal is yet to fade out from the social media space, a veteran singer has lambasted him for leaving Don Jazzy’s Mo’hits.

Veteran singer, Eedris Abdulkarrem, seems to have a lot to say about D’banj,  his fellow colleague in the music industry.

In a recent interview with Afromix, the “Jaga Jaga” singer revealed that he loves Don Jazzy and all the hard work he has done in the music industry.

Meanwhile, he lambasted D’banj for leaving Don Jazzy. According to him, D’banj was “stupid” for leaving the now Mavin Records boss. Speaking in pidgin English, Abdulkareem said: “D’banj no get talent o”.

Further, the veteran singer noted that Don Jazzy had the technical skill to produce D’banj and made him sound better. He added that the biggest mistake that  D’Banj made in his career was to leave Don Jazzy.

Watch the video below:

Don Jazzy opens up on relationship with D’Banj 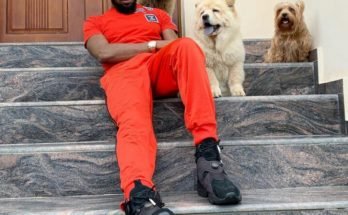 7 Comments on “Dbanj is not talented, he was stupid leave Don Jazzy – Veteran singer”