Nollywood actress Omotola Jalade-Ekeinde says she doesn’t know how to feel after her husband went on his first flight since the pandemic began.

According to the actress, her husband, Captain Matthew Ekeinde, was involved in flying back the Chinese doctors that arrived Nigeria in April. 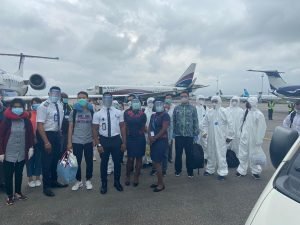 She shared photos as they left and wrote;

“#Is this the New Normal ?
#TheCaptain went on his first Flight today in 2 months!
Those are the Chinese ppl that flew in some time ago leaving!  ~~~~ Not sure how to feel ~~~~” 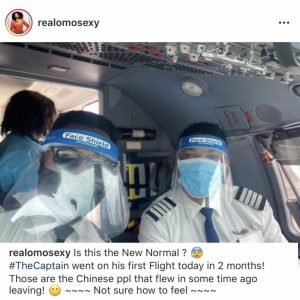