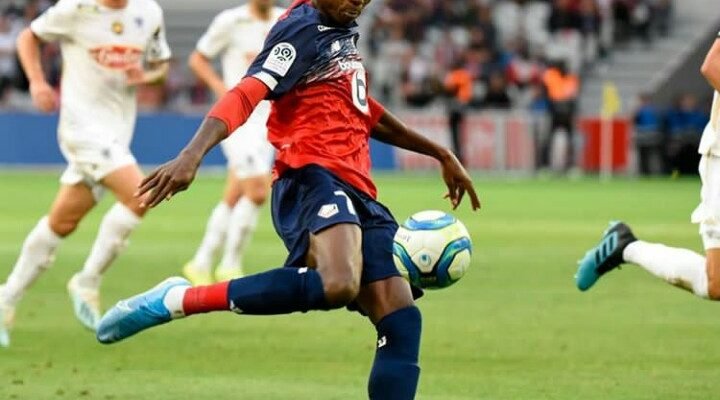 Super Eagles  striker, Victor Osimhen, has opened up on his very humble beginning in the city of Lagos.

In his latest interview with BBC the young striker revealed how tough it was for him growing up as a child. 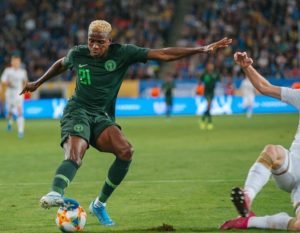 The Super Eagles striker, who has already scored five goals in Ligue 1 this season for Lille, said he once hawked sachet water on the streets of Lagos when he just seven-years-old.

“I came from a very poor background, seven children and I was the last born. I lost my mom at the age of six and it was very difficult for my family because my dad also lost his job around that period. So I was forced to go out and get myself a life.

“In Lagos, they sell water (bottle or sachet) which is the easiest, but the hardest because you have to run and give somebody the water and collect money.

“It wasn’t easy, but I had to do it and that set my path in which I will never give up in life no matter the situation or where I am and that gave me the zeal and momentum no matter what life throws at me.”

Victor Osimhen has football to thank for taking him off the streets. Despite the struggles growing up, the burgeoning striker has a promising future as a football player.

He was signed from Belgian First Division A club Sporting Charleroi in the summer transfer window.

Osimhen penned a five-year deal that will keep him at the Stade Pierre Mauroy until 2024.