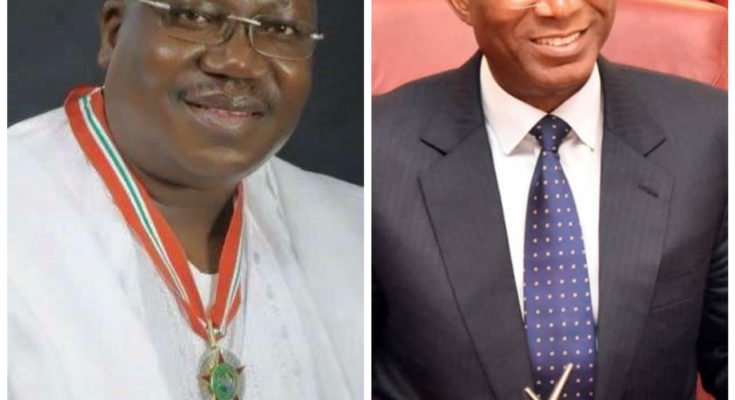 Nigerians have been treated to what is best described as a chucklesome script given the appointments made by the Senate President, Ahmed Lawan, and it seems the curtain to the ongoing soap opera is not drawing close any time soon.

While Olu Onemola resigned his appointment to the Senate President as Special Assistant on New Media on the ground of the controversy that his appointment had generated, Festus Adedayo, earlier appointed as his Special Adviser on Media and Publicity, was fired hours after the appointment was announced.

The reason for the decision was not far fetched. Festus Adedayo had been a fierce critic of the All Progressives Congress (APC) led administration. So, it was utter bemusement to the leaders of the party to learn that such a man was elevated to the position of Special Adviser to the Senate President.

Similarly, the Deputy Senate President has entrenched a bit of the drama to his appointments. The number fifth man in the country appointed Lara Wise as Senior Special Assistant on Electronic and New Media.

Lara Wise, as it emerged, allegedly campaigned against the APC in the just concluded elections, calling for the Nigerian youths to get ready with their PVCs in order to vote out the ruling party, according to a screenshot of her Facebook post in 2018. 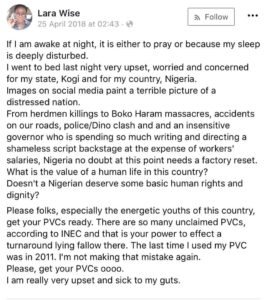 A screenshot of Wise’s campaign against the APC in 2018

One stroke of amusement regarding these appointments by the Senate President and his deputy appears to read: those who criticized the efforts of the past administration to make Nigeria better are given opportunities to do the work better. Woe betide them if they fail. 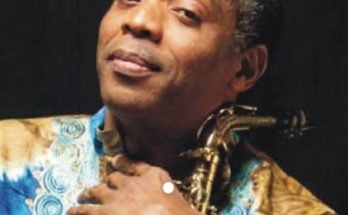 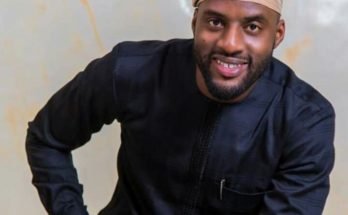