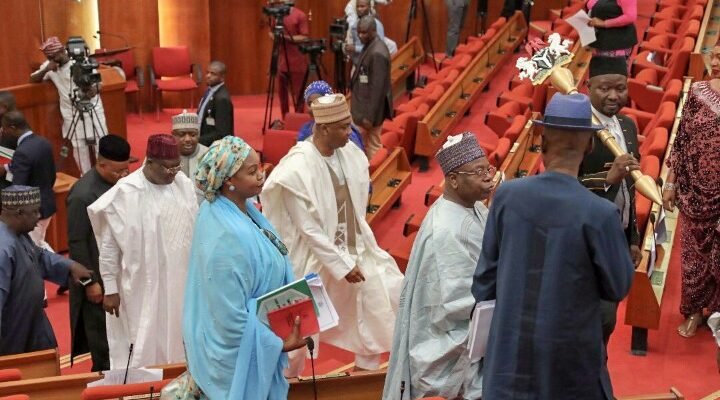 1. Ike Ekweremadu is the longest-serving presiding officer in the history of the National Assembly (NA) having served at the Deputy Senate President for 12 Consecutive Years.

2. Only 2 lawmakers has featured in all NA assembly Inauguration since the return of civil rule and the 4th Republic in 1999 till date. They are Sen. Ahmed Lawan and Hon. Nicholas Ebomo Mutu. They are both serving their 6th terms in the NA with their inauguration today.

3. Hon. Nicholas Ebomo Mutu representing Bomadi/Patani Federal Constituency, Delta state is the longest and highest serving Federal Lawmaker of the Green Chamber of the NA. He is on a 6th term.

5. All except one of the 9 NA members from Kwara state Inaugurated today are freshers, they have the highest percentage of freshers across the whole Federation.

7. Throughout his 4-year stay in the 8th Assembly, Senator David Mark did not contribute to any debate on the floor of the house and he was the only Senator that does not belong to any standing committee

9. Senator Ovie Omo Agege is the first Senator to win a re-election in Delta Central Senatorial District. He sponsored over 10 bills in the 8th Assembly, reportedly the most by any Senator of the 8th Assembly.

10. With 312 bills passed, the 8th Assembly Senate under the leadership of Senator Bukola Saraki has passed as twice as many bills as any other assemblies in Nigeria history.